Save Cycling in Tarrytown 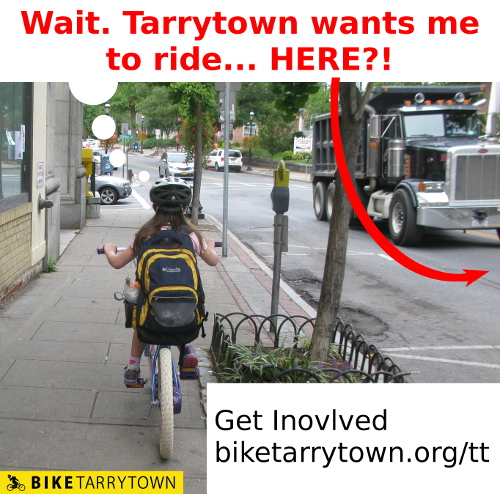 Today Tarrytown banned cycling and skating on a BUNCH of sidewalks in, and leading to, downtown.

(While sidewalk cycling isn't ideal, it's sometimes the least worst option. And when people doing it go slow and give priority to people walking, it's totally safe.)

We Made Things Better

Efforts of our staff and members paid off. The initial proposal had weird language prohibiting inhibiting traffic in any way. That was removed.

Other improvements are having Broadway's eastern sidewalk be rideable and having the prohibition age limit raised from 10 years old to 13.

But It's Still Problematic

During the public hearings, we warned the Village that the bill had several flaws, some of which are dangerous. But the law was passed unchanged.

13 year olds would be forced to bike in traffic. But kids don't obtain the developmental ability to safely walk across the street on a reliable basis until they're 14. And cycling amongst cars and trucks is much more complicated than walking.

Banning biking on Broadway's western sidewalk would force people to needlessly cross Broadway. All of these intersections and crosswalks are dangerous. Most have poor sightlines and all experience poor compliance by people driving.

Would the Village end up posting "no bikes" signs? Don't we want to present a welcoming environment for visitors?

The proposal prohibits cycling on 12 streets. That's a lot of streets to keep track of. On 10 of them, cycling on the sidewalk isn't a problem.

Low Volume: 5 of the streets have little traffic and/or people walking.

Space: Broadway from Wildey to Central has enough room to share among people cycling and walking.

Our May 20 testimony has a full explanation.

Kind of Snuck Through

The proposal was on the June 17, 2019 agenda as a public hearing. After the last person testified, the Board of Trustees immediately voted to pass the law.

Many members of the community testified against the measure. 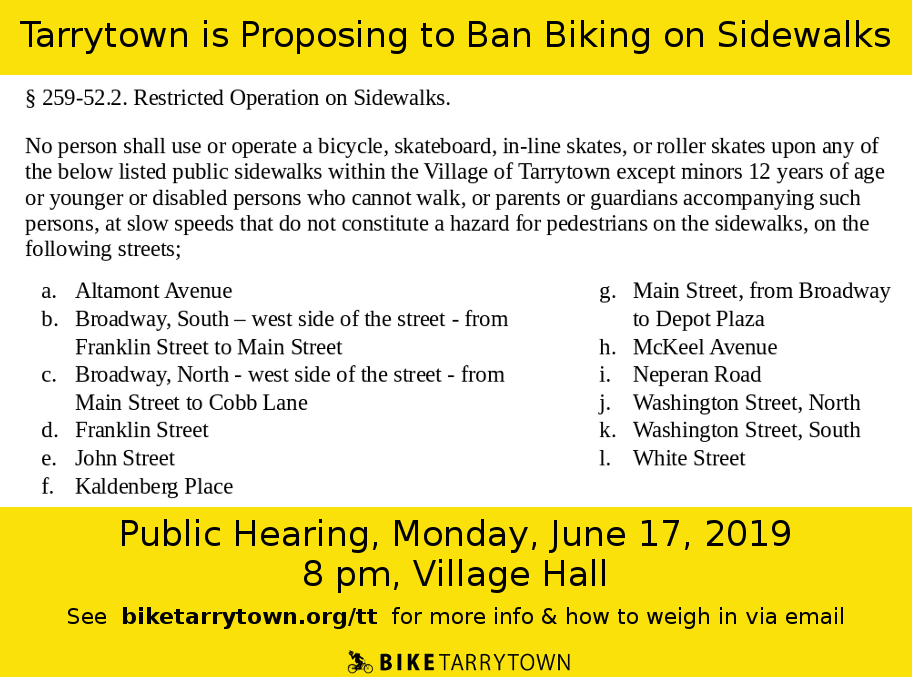 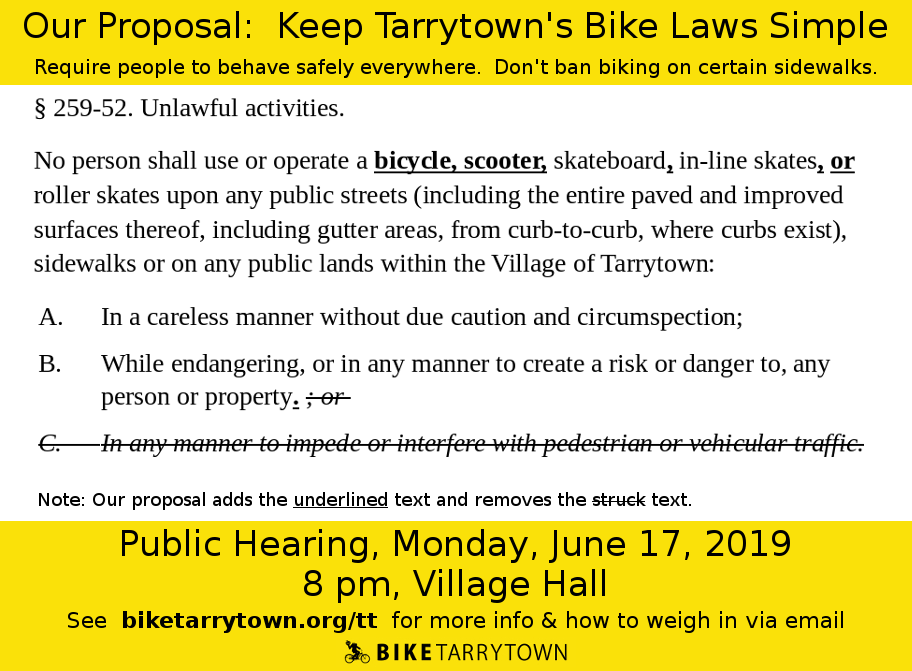 Displeased Enough to Send an Email?