Shuttle Service in the Comprehensive Plan 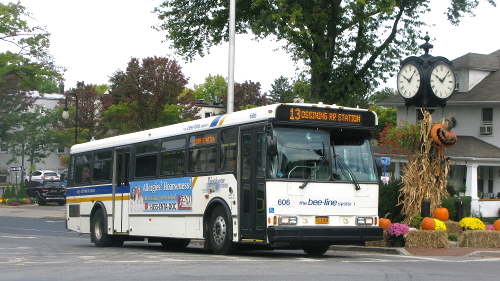 The Comp Plan proposes a shuttle linking the train station, downtown and employers. Fortunately, we already have this service: the Route 13 bus.

Better yet, this bus also takes us to several major destinations. It runs along Route 9 from Ossining to Beekman Ave, with a stop at Phelps Hospital. Then it goes on Beekman to Valley St and Tarrytown's train station. From there, it brings people to downtown Tarrytown, then south on Broadway and across Route 119 to White Plains and Port Chester.

Running a shuttle service is expensive. We would be best served by investing resources to increase frequency on the Route 13. If it came every 15 minutes, it could replace many car trips and bolster economic opportunity for residents and businesses.

Each municipality along the line has similar parking, congestion and economic issues. While working together with other municipalities is challenging, everyone will get better results at lower cost than going it alone.

Adding shelters and safe crosswalks at each stop in the Village will be valuable as well.

Conduct a shuttle study, including possible use of an autonomous circulator shuttle, initially with driver, to serve the central village, Edge-on-Hudson, and the Tarrytown and Philipse Manor Metro-North Stations.

Read everything we've got on the Comprehensive Plan.