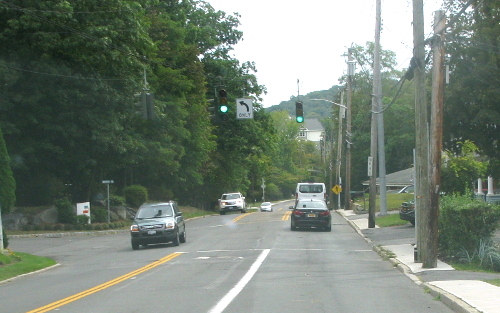 Below is a letter to the Hudson Independent, sent in late December, 2018.

The article "Final Route 9 Bike Study Moving Ahead" said we see "cars as a dying form of transportation." More accurately, we are continually meeting people tired of being forced to drive.

Transportation choices are shaped by public policy. Those policies have been out of whack for a long while. 100% of our vast road network is given to cars, leaving no safe space for cycling. 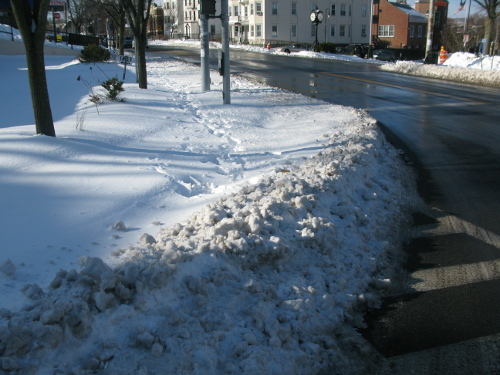 Most streets lack sidewalks. Where they exist, they're often narrow, uneven, blocked by parked cars, shrubs or poles. Streets get plowed while sidewalks don't. Worse, plowed snow ends up on sidewalks, crosswalks and bus stops. Most crosswalks are inconveniently and dangerously designed by officials obsessed with shaving seconds off car trips. 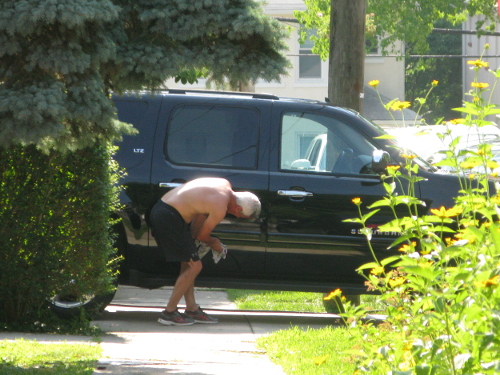 Someone in Sleepy Hollow thinks they're important.

We build parking at great expense and give it away for free most of the time. But people using transit face high fares and infrequent service.

No wonder people "choose" to drive! And if you're in the 1/3 of the population who can't drive (old, young, disabled, poor), tough luck.

It's time to bring balance to our transportation system. Implementing the Route 9 Active Transportation Plan is an important step toward that.

Regarding the bike lane part of the plan, the study's Steering Committee, conscious of parking, composed a compromise plan. It didn't touch Broadway between Main St and Wildey St in Tarrytown. Then, north and south of downtown, the mostly unused parking along the east side of Broadway would become safe infrastructure for 2-way cycling.

The resulting system would get the "too scared to bike" folks out of their cars for trips to shops on Main St, school, church, the Library and JCC. Plus it provides a place for Tappan Zee Bridge bikers, so they don't back up Broadway's car lanes. And it safely links the two long stretches of the Old Croton Aqueduct. Unfortunately, Tarrytown officials rejected compromise.

A Round Tuit for You! 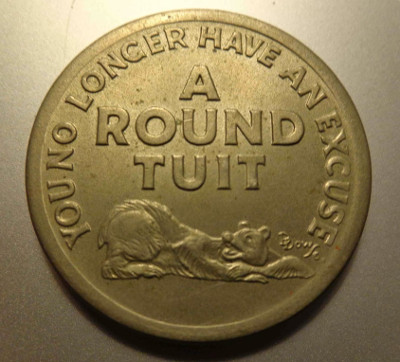 Interested in seeing a Broadway for Everybody happen? Well, things only happen when someone makes them happen. Be that someone.

Have you meant to write your elected officials, but haven't gotten around to it? Well, here's your Round Tuit.

Use the text of our Letter to the Editor, above, to inspire the text for your own letter to the Mayor and Trustees of Sleepy Hollow and/or Tarrytown.