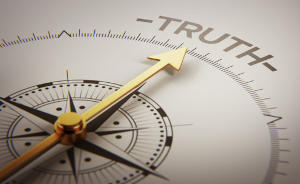 Sleepy Hollow's Mayor made several misleading statements about the Route 9 Active Transportation Conceptual Design Plan during the November 5, 2019 Board of Trustees Work Session. While the Mayor is welcome to dislike the idea of protected bike lanes, spreading misinformation is not acceptable.

Below, we lay out the Mayor's statements and the facts of the matter.

We're not even sure which draft is being presented... [there have been] fairly substantive changes over time.

In the Sleepy Hollow segment, two (very minor) changes have been made since the drawings were displayed at the study's Final Presentation on November 17, 2018. The tweaks in the current drawings, published October 8, 2019, are:

PDF Page 3: Removed the crosswalk across Broadway by Phelps Hospital because the consultants drew it in the wrong place. The crosswalk to the Old Croton Aqueduct trail needs to be further north, but that's outside the scope of the drawing.

PDF Page 7: Added a left turn lane from northbound Broadway to Pierson Ave. A left turn facility here was a consistent request of Sleepy Hollow's Steering Committee, but the consultants inadvertently left it off the initial drawings. This fact was pointed out to the Mayor on October 13, yet he's still saying this.

These minor changes aside, it's important to remember that these drawings are conceptual. They simply show it is possible to make the corridor safe and accessible for all users. During future phases, the engineering process will involve many discussions and many changes.1

The proposed lane changes sides once. North of Beekman Ave the protected bike lane is on the west side to provide direct connections to:

South of Beekman Ave, the protected bike lane goes on the east side of Broadway to avoid cross streets, leave parking in place for the homes and offices on the west side, and bring people to and from:

In addition, when the bike lane (eventually) does get built in Tarrytown, it will also be a 2-way lane on the east side of Route 9.

The decision making process was thoroughly explored in the Steering Committee's recommendations and summarized in a presentation to the Board of Trustees on June 19, 2018.

[The lane] ends when you run into Tarrytown because Tarrytown doesn't want a bike lane.

The initial, internal draft proposal by the study's Steering Committee left a gap in the bike lane in Tarrytown between Cobb Ln and Main St. The goal was to get a base system going that will prove its worth, making it possible to calm the controversy and fill in the gap later.

Tarrytown's Board of Trustees passed a resolution to support advancing the Route 9 Plan to the next phase.

It's not going to be a continuous bike lane all the way through the other rivertowns.

Considering how the Route 9 proposal in Sleepy Hollow itself connects our neighborhoods to our key destinations, there's tremendous value in building it even if no other municipality does.

It privileges bikes above all other forms of transportation.

The Route 9 Plan is a balanced approach, improving access and safety for everyone by adding:

We, as a Board, know that our responsibility is to cyclists and to pedestrians and to motorists and to our businesses and our residents... That's a balance that we have to consider at all times.

There is no balance on Broadway, it's cars from curb to curb. This leaves most residents too scared to bike and wary of letting kids walk on their own.

Around the rest of the Village, the needs of people walking are ignored. The Village allows people to block sidewalks with cars and garbage and construction, several proposals to improve pedestrian safety and fix ADA violations have languished, the Beekman Ave Bridge project endangered people walking during construction and the finished bridge has narrower sidewalks, new sidewalks are built without complete crosswalks and yet more disability access violations, the Village spent $100,000 to build curbs in Philipse Manor while that's what it'd cost to build walkways to Devries Park and/or Peabody Field.

Four residents came to the 11/26 Trustee meeting to set the public record straight.

Rather than reflect on what was said, the Mayor dug in, saying tonights comments confirmed that the Route 9 Plan is still a work in progress. At 1:12:15 in the video, the Mayor said "we don't know exactly what recommendations we're endorsing."

Two things he's not acknowledging (even to himself?):

At the same time, it's phase 1 of a long process. Exactly, inch by inch of how to make that happen will be done in the next steps, which are no longer the Conceptual Design Plan.

2) That's the exact process the East Parcel is using. (An initial round of public outreach helped produce a conceptual design. Now the Local Development Corporation is adjusting the designs and figuring out to actually implement it.) And the Comprehensive Plan specifically endorsed it:

East Parcel -- seek grant funding to implement the Concept Plan, including the bridge over the railroad tracks to connect to the new Edge-on-Hudson development. (PDF page 138)

We highlighted this parallel to the East Parcel planning process in a public comment during the December 10, 2019 Trustee Meeting.

Note: The bridge over the railroad tracks is a horrible idea. Splitting the East Parcel park in 2 with a busy road. It'll be a huge expense that further subsidizes driving. And it will induce a lot of driving.

Tell the Mayor to Stick to the Facts

send him an email to that effect

Read everything we've got on the Comprehensive Plan.